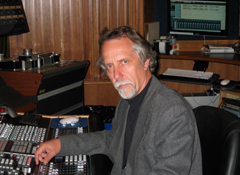 Moylan has been teaching audio recording since 1979. Under his guidance, the recording program at UML has become recognized as one of the strongest in the nation and has gained a significant international presence and reputation.

As producer and engineer, Dr. Moylan has recorded many leading artists and ensembles in a broad cross-section of music genres. His recordings have been released by major and independent record labels and have resulted in wide recognition, including several Grammy Award nominations in the best classical album category and others.

William Moylan’s most recent book,Understanding and Crafting the Mix: the Art of Recording, has been adopted by many recording programs world-wide and has been translated into Chinese and Italian. The book is unique in its focus on the artistic and creative aspects of the recording process, its study of how the unique aspects of sound controlled by the recording process can shape music, and the development of critical listening skills for audio production and evaluation. You can see him covering some of this material on YouTube.

Dr. Moylan is an international leader in aural skills pedagogy to develop listening skills for comprehending musical materials in and the unique sound qualities of recordings. His “Critical and Analytical Listening” course has distinguished our undergraduate program and its graduates, and his graduate “Recording Analysis” course is one of the defining experiences of our first in the nation Master of Music in SRT program.

Dr. Moylan helped design and now teaches the “Structure, Context & Style” course, a required music theory and music history course required of all graduate music students; it brings graduate students to a synergistic understanding of music’s structural elements and musical materials, cultural and historic contexts, and stylistic characteristics, seeking to allow students to approach any type of music with clarity of purpose and adequate tools for understanding its materials and meanings.

His research has led to further examinations of how the recording process transforms music and musical materials in unique ways, with particular interest in spatial aspects of recordings. This contributed to UMass Lowell being selected as the host institution for the 4th International Art of Record Production Conference in 2008.

William Moylan is the composer of over forty published compositions encompassing a variety of styles and media, including music meant to be recorded, electronic music, and traditional works for orchestra, chorus, chamber ensembles (vocal and instrumental). Leading artists and ensembles have performed his works throughout North America and in Europe and Japan. Seven of his works are commercially recorded including a CD exclusively of his compositions, “Origins” on Albany Records. 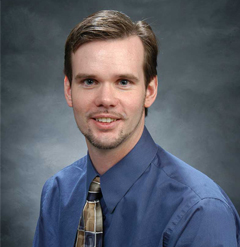 Professor Shirley joined the UMass Lowell staff in 1998. In addition to his work as a teacher, John is a recording engineer, studio owner, composer, record producer, software designer and author. He is a contributing editor for Recording Magazine and has a bi-monthly web column for beginners entitled “The Compleat Recording Musician” on its website at: www.recordingmag.com/resources/113.html. His book, The Savvy Studio Owner, is available from Backbeat Books. A CD dedicated to John’s original experimental compositions is available on the C74 label at www.cycling74.com/c74music/009.

In 2002 he started the University’s Contemporary Electronic Ensemble, which he currently directs.

Alex U. Case is an Associate Professor of Sound Recording Technology at the University of Massachusetts Lowell. With degrees in Mechanical Engineering, Music, and Acoustics, Professor Case has dedicated his professional life to the study of aesthetics, perception, signal processing, electro-acoustics and room acoustics for the creation and enjoyment of sound recordings.  His research and professional activities focus heavily on the technical foundations, creative motivations, and aesthetic merit of recording and signal processing techniques used in multitrack production.

In Print Media, Case is a widely published author, with over 100 articles appearing in multiple journals and industry trade publications. He has authored two titles for Focal Press, both bestsellers in their genre. Mix Smart – Pro Audio Tips for Your Multitrack Mix details actionable strategies for finding success in one of audio’s greatest challenges: multitrack mixing. Sound FX – Unlocking the Creative Potential of Recording Studio Effects is the authoritative guide to audio signal processing in multitrack production.  Both are available worldwide in English (Mix Smart and Sound FX) and Chinese (Mix Smart and Sound FX). Case is also a contributor to the Grove Dictionary of American Music, 2nd Edition, Oxford University Press.

In New Media, Case is an author for the Audio Channel at Lynda.com, with courses including:  Foundations of Audio:  Reverb, and Foundations of Audio:  Delay and Modulation, and as co-author for Get In The Mix with Pro Tools, and Get In The Mix with Logic Pro.  He maintains a blog at Recordingology.com and invites you to have a listen and add your own recommendations to the list of important, educational records at Recordingography.com.

Elected President (2016-2017) of the Audio Engineering Society, Case is a Fellow and serves the Education Committee (past Chair), the Membership Committee (co-chair), and the Technical Committee for Recording Technology and Practices, and has served the Awards Committee, and the Convention Planning Committees for New York and San Francisco. Published in the Journal of the Audio Engineering Society, he has been a featured speaker and panelist for multiple regional meetings, and instructed several standing-room only tutorials at AES International Conventions, including the keynote  at the 140th International Audio Engineering Society Convention in Paris in 2016.  Case is a Fellow of the Acoustical Society of America, serves the Technical Committee for Architectural Acoustics (past Chair),  Technical Committee for Noise, Publications Policy Committee, and Membership Committee, and has been an invited contributor of more than a dozen papers.

Case holds a M.S. in Architectural Acoustics from Rensselaer Polytechnic Institute, a B.M. in Music Production and Engineering from the Berklee College of Music, and a B.S. in Mechanical Engineering from Rice University. Case lives with his bride in Portsmouth, New Hampshire, USA. 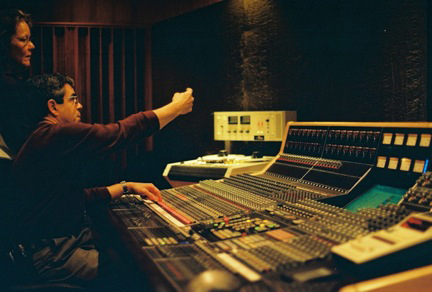 As Associate Director of the Sound Recording Technology Facilities, William Carman is responsible for day-to-day operations of all SRT studios, classrooms and equipment; and as such has a great deal of interaction with all SRT students, faculty and staff. His responsibilities include all technical maintenance and management of the SRT facility complex, and coordination of ongoing facility development. He also teaches the “Intro to Recording” course.

Mr. Carman has been continuously involved with the SRT program at UMass Lowell since its inception in 1983. He was the first student to matriculate into the SRT program, combining his dual degree programs of Music Performance and Electrical Engineering, and in 1984 was awarded the first Bachelor of Music: Sound Recording Technology degree given by the university (then known as the University of Lowell).

Outside the University, Mr. Carman is active in a wide variety of recording and audio areas. His recording projects and live sound work have taken him to major recording studios and performance venues throughout New England and New York. He has also worked as a consultant and systems design engineer for professional audio companies in New England, and is a professional musician. He is active in professional societies such as SPARS and AES. He has been on the staff of the SRT program on a full-time basis since 1987.

As a composer, Vaccaro has received awards, commendations, and commissions from The Playground, ASCAP/SCI, Iowa State University Carillon Festival, New York Youth Symphony’s First Music program, the University of Denver, and the University of Colorado. His film work has been recognized by the National Academy of Television Arts and Sciences (2012 Heartland Emmy winner, 2014 Heartland Emmy nominee) and the Motion Picture Sound Editors (2012 MPSE Golden Reel Nominee).

As a performer, Vaccaro has been active in chamber and popular venues, and as an improviser in both solo and ensemble settings. He was guitarist of the innovative bands in Colorado’s Front Range: Kallisti and Coefficient of Friction. He has also collaborated with S. Lyn Goeringer, Conrad Kehn (as MacroCephalic Cabal), Jesse Woods (as Ground), and Scott Schulz (as Shutter Trio). His group Free Love Ensemble was praised for its blend of “cutting-edge jazz with rock influences and motifs inspired by twentieth-century classical music” (Westword).

From 2007-2008, he curated a gallery series for music, sound installations, and audio/visual works in Denver titled Sound.scapes Presented by Mystery Cabal.